Can the Government Define a Religion as Fake? 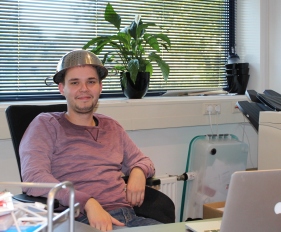 The Dutch secularism has been challenged since the Church of the Flying Spaghetti Monster engaged a legal battle to be recognized as a religion. What might seem to be a complete nonsense for outsiders is actually a fight for a religious freedom and equality in the Dutch society. Many of the 12 000 members of the church registered in the Netherlands are meeting obstacles when wearing their religious headgear, a spaghetti strainer, in ID photos.

The Church of the Flying Spaghetti Monster was officially registered as a church in the Netherlands in early 2016. Founded in 2005 by an American student Bobby Henderson, a so-called Pastafarian religion is based on a belief in the Flying Spaghetti Monster, who created the universe. The whole idea started as a reaction to the decision of Kansas State board of education, when the school made a controversial decision to add creationism to the curriculum when teaching about evolution. Over the years, their belief gained tens of thousands supporters and became legally recognized as a religion in several countries all over the world. Despite that, according to Pastafarians it is still a struggle to win respect for their basic religious rights.

‘’I went to Emmen to The Chamber of Commerce on Thursday and I thought it went very easy, but when I checked the database on Monday, we were not there. So I called to Chamber of Commerce in Groningen and they told ‘We don’t approve it’, I asked why not and they replied ‘Because it’s fake’. They were very surprised when I asked for official explanation.’’ After four months, the religion was officially registered in January 2016.

Dirk was also one of the people who were denied the right to wear their colanders in the official ID photo. Several previous cases, when Pastafarians were allowed to wear a colander in their ID pictures, motivated him to claim this religious right in the court. Only three days before the court published the decision (on July 28th), the Ministry of Internal Affairs sent a letter to local administrations all over the Netherlands, where they ‘’strongly advised’’ not to accept colanders in ID photos anymore. As a reason they stated that Pastafarianism is not ‘a religion or a world-view’. It is questionable if this letter had an effect on the decision in Dirk’s case.

‘’I am trying to wear the colander as often as possible. The judge asked me if I wear it all the time and I said I don’t,’’ explained Dirk about his trail. ‘’In those previous cases, no one asked that person if he is wearing it all the time. He just said it is for religious reasons and they (the local administrators) said it’s okay.’’

Mienke de Wilde, a Pastafarian from Nijmegen, questions a decision of  the court as well as Dirk does. ‘’In Dutch courtrooms people expect Muslim women not to wear their hijab if they work as a judge, because religious signs are prohibited. Does it mean that rules about hijab are non-existing and they can’t get an ID photo with it anymore?’’

The legal framework is vague, considering it is not clear what Dutch law definies as a religion. Article 6 of the Dutch Constitution guarantees the citizens’ “right to profess freely his religion or belief, either individually or in community with others”.

”To be able to define religion, governments and the law need to become theologists and say ‘this is a real religion and this is not’. And that is impossible,’’ says Kim Knibbe, a lecturer of sociology and anthropology of religion from the University of Groningen.

Article 2.2 of the Dutch Civil Code provides the legal recognition (which allows, for instance, to apply for tax benefits) to the religious communities and their independent bodies; moreover, it establishes their right to be governed by their own rules (as long as they are not conflicting with the law). As a result, a new religious organization does not need an act from the State to have its rights guaranteed. Pastafarians claim that since the Church of the Flying Spaghetti Monster got its registration by the Chamber of Commerce last January, it has to be considered as a religion in the Netherlands.

However, the situation becomes complicated when comparing this church to other religious organizations traditionally established in the Netherlands. Despite a number of media already reporting on the registration of the Church as a full recognition of the Pastafarianism, there are still several legal steps to accomplish. ‘’It’s a good thing the judge (at Dirk’s trial) said Pastafarianism is at least a world-view. It’s not exactly what we want, we think of it as a religion, but a ‘world-view’ has the same legal protection in the Netherlands,’’ said de Wilde, who is also a law student at Radboud Universiteit of Nijmegen. Despite of what this judge said, the letter sent from Ministry of Internal Affairs only three days before the ruling, clearly stated that Pastafarianism is neither religion nor world-view. It is difficult to say which one of these contraditicting statements is more important and has a bigger impact.

Besides the recognition, for now Pastafarians cannot benefit from the tax facilities provided to the traditional religions like Christianity, Islam, and Judaism. The reason is that the Pastafarians still do not have a charity organization committing at least 90% of their funds to public interest. ‘’They rejected our request because we do not have a charity, but we are making food and giving it to people on the street to comply the charity purposes,’’ Dijkstra explained.

“If the Pastafarians demonstrate to be a serious organization and will keep going on for some years, they will achieve a full recognition,” said Roel Schutgens, professor of law at Radboud Universiteit of Nijmegen. Despite of the importance of the Groningen Tribunal decision, Schutgens warns Pastafarians: “It’s a lower court decision and we need to see what the high court would say.” Considering there are other lawsuits against local administrations that rejected the ID photos of citizens wearing the strainer, it is likely that such decision will be soon taken by a national court.

The freedom of religion in the Netherlands is deeply rooted in its history. The process of pillarization – the right to start a religion school funded by the government, has resulted in the unclear Dutch legal structure regarding religion. Despite the secularization process in the 20th century, this right can be claimed by approved religions in the Netherlands. The variety of religious movements that come from this historical development has made a political definition of religion impossible. This tradition of tolerance made the registration of the Church of the Flying Spaghetti Monster easier.

By pointing at religion wars and profit seeking as some of the negative religious conventions, the Church of the Flying Spaghetti Monster is “holding up a mirror to people to look at their own religion about things they may or may not do or cannot do”, explains Dijkstra.

With their beliefs, Pastafarians are questioning the societal interpretation of what religion should be or mean, as described by Frans Jespers, professor of comparative religion at Radboud University. ‘’I suppose that they attack some traditional privileges that traditional religions in the Netherlands have. But Pastafarians do not have a specific idea about what a religion should perform. They just deny some negative religious tenets such as hatred of violence in the name of deity.’’ It is a way to provoke a new discussion of the old role of religion in a society, therefore Pastafarianism does not threat traditional religions or society.

“It is a form of activism that might help to defuse tension eventually”, says Kim Knibbe. The Church of the Flying Spaghetti Monster is not the first one to promote the critique of other religions, as already Humanists shared the same aims and have been recognized as a religion in the Netherlands.

After the recognition of the Church of the Flying Spaghetti Monster, Dijkstra received several threating letters from individuals from other religious communities, according to his words, mostly Christian. When asking the representatives of the Christian associations, Chaplain Fr. Wim Veth from the Studenten Pastoraat in Amsterdam contradicted the experience of Pastafarians with: “no one is hindered to utter his convictions or beliefs”. Still, the recognition of religion by state and law does not define what religion is.

“Let be thankful to Bobby Henderson he brought some humour in this discussion,” states Fr. Wim Veth his opinion of the Pastafarianism: he is “thankful to God that he created mankind with a sense of humour.’’

Professor of comparative religion Jespers agrees, that neither politicians, judges nor other authorities have a definition of religion, but they would not acknowledge Pastafarianism as a religion with “the (silent) political assumption that religion must more or less look like a Christianity and function also for common benefit”. The idea of religion is based on Christianity and its definition derives from Christianity’’, concludes Knibbe.

Pastafarianism contradicts the Christian model of a religion and therefore the societal definition of a religion. It might offer the reason behind the official denial of wearing a pasta strainer in ID photos as a religious right. According to Jespers, the tribunal of Groningen, who denied Dijkstra this right will thus “not use the term of religion in order to avoid the reproach of discrimination, and reproduce other reasons to deny the privilege.”